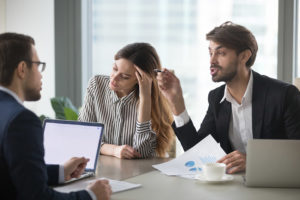 If you represent a living relative or friend who has applied for NHS Continuing Healthcare Funding (‘CHC’) but has been turned down following assessment, or else has had their existing package of CHC Funding withdrawn following a review, then consider appealing the decision if you disagree with it or if the assessment was fundamentally flawed.

The full assessment for CHC Funding is carried out by a Multi- Disciplinary Team (‘MDT’) appointed by the local Clinical Commissioning Group (CCG). The purpose of the assessment is to assess eligibility for CHC by matching health needs against certain fixed criteria set out in the Decision Support Tool (‘DST’).

However, this assessment is often only as good as the CHC assessors appointed to carry it out; how well they have been trained in the National Framework for NHS Continuing Healthcare Funding; how well they know your relative and have been involved in their daily care. The subjective nature of the whole assessment process leads to inconsistencies across the county when trying to match health needs against the prescribed descriptors in the DST. The outcome varies widely throughout the country as to who is more likely to get CHC Funding depending on where you live. This is often referred to as the ‘postcode lottery’.

When can the CCG carry out a reassessment?

Individuals in receipt of CHC should undergo a reassessment after an initial 3 month period, and then again every 12 months thereafter, to check that the package of care is still required at that level, and if so, is adequate to meet your relative’s ongoing care healthcare needs.  See paragraph 189 of the National Framework.

Read this informative blog on the subject:

Similarly, if your relative has a rapidly deteriorating condition that may be entering a terminal phase and has been awarded Fast Track Funding, that, too, may be reviewed and withdrawn if your relative lives longer than expected. This is becoming a common scenario as more individuals are readily being granted Fast Track funding just to get them out of hospital. Families are delighted, knowing that their relative’s care will be funded by the NHS, thinking that this is going to endure for the foreseeable future. However, most are not told that their relative will be reviewed again in 3 months and that Fast Track funding is likely to pulled from under their relative’s feet, leaving them to pay for their own care.

Read these blogs on the subject of Fast Track funding:

How To Fast Track The Continuing Healthcare Funding Process

Sadly, due to delays in CCGs undertaking full assessments (and reassessments) promptly, some reviews for living patients turn into retrospective reviews instead.

Alternatively, you may be applying (or appealing) retrospectively to recover care home fees that have wrongly been paid for a departed relative who should have been entitled to CHC had the CCG carried out a fair and robust assessment at the outset.

Whether alive or deceased, the appeal process will follow the same route. It’s just a question of which point you are at when you start the process.

If your relative has been found ineligible for CHC Funding by the MDT, then they have 6 months to appeal the decision to a Local Resolution Panel, conducted by the local Clinical Commissioning Group.

This is a two stage process:

Stage 1 (optional) – is an informal case review to go through the DST and rationale (reasons) for rejection. Often a waste of time as the decision is unlikely to be overturned.

Stage 2 – a formal written appeal to the Local Resolution Panel.

For further information, read our blogs below:

Rejected for CHC Funding? Part 1: How To Appeal The MDT Decision

If unsuccessful in your appeal to the Local Resolution Panel, you then have 6 months to appeal to an independent appeal body, conducted by NHS England.

Rejected for CHC Funding? Part 2: How to appeal the Local Resolution Decision

If dissatisfied with the process (rather than the result), you have up to 12 months to appeal to the Parliamentary and Health Service Ombudsman.

The purpose of the National Framework is to provide consistency and certainty throughout the country for CCG practitioners and lay claimants alike. CCGs are supposed to adhere strictly to their own guidance as set out in the National Framework when performing their duties, assessments and appeals. However, from what contributors post on our website, and from our own experience, some CCGs are ‘selective’ in how they interpret and apply the National Framework to suit the circumstances!

In practice, most CCGs will inevitably prioritise living patients when dealing with assessment and appeals to the detriment of retrospective appellants. But, even these timescales can go by-the-by and become unduly prolonged.

Retrospective reviews are even worse! Don’t expect your relative’s retrospective appeal to be dealt with within a matter of weeks or months. Realistically, for most areas of the country, you are looking at years!

Families throughout the UK have been frustrated and angered by the inordinate delays (and incompetence!) created by CCGs (and those appointed by them) when processing retrospective reviews or appeals. Such is the chaos that some appeals dating back to 2012 are only now being dealt with. It is an absolute disgrace and a national scandal, for those families who have wrongly been denied CHC funding and then made to endure many stressful and anxious years whilst their appeal is languishing in a backlog.

To try and cope, some CCGs have appointed Project Teams to try and tackle their backlog. Others have simply buried their heads in the sand, adding further misery to families who believe that they have wrongly been deprived of CHC Funding, and are now made to sit in lengthy queues waiting for their case to be dealt with.

We know one CCG that is currently trying to clear almost 100 retrospective cases, but with so few resources available, we anticipate that it will be several years before some cases reach a final satisfactory outcome.

Worse still, the delay in processing these retrospective reviews and appeals is simply accruing wasted interest which the CCGs are obliged to pay to families in addition to the restitution sum, in the event of a successful claim. Even at current RPI rates, the interest payable on some historic appeals can be very considerable. This is a truly scandalous waste of valuable NHS resources.

Rather than paying interest, it would be a far more efficient use of NHS budgets if CCGs allocated more resources throughout the assessment and appeal process. If they ensured their appointed assessors were better trained in the National Framework, CCGs could apply the eligibility criteria competently and consistently. Robust and transparent decision-making would significantly reduce the number of cases going to appeal and speed up the process, leaving families less inclined to believe that the NHS system is slanted against them at every step.

Most CCGs will deal with retrospective appeals in the order they are received – oldest first. So, although you may have six months to lodge your appeal to a Local Resolution Panel (or NHS England), the sooner you get it in the better, and the higher it will rank in the queue.

Here are a 5 handy tips:

Tip 1: Don’t leave your appeal to the last minute, otherwise you run the risk of being out of time. For example: if, in error, you send it to the wrong address and the CCG doesn’t receive it in time.

Tip 2: Early preparation of your appeal submissions is essential. Leaving things to the last minute could be to own detriment!

Tip 3: You must be able to prove you’ve lodged your appeal and that it has been received in time. Use Recorded Delivery to track and trace your appeal, rather than trust ordinary post.

Tip 4: If deadline is imminent, check whether the CCG will accept email or fax. In any event, use next day Special Delivery to post the original so that it arrives in time (and remember to keep a copy of your appeal submissions for your records and later reference!).

Tip 5: Good preparation is the key. A well drafted appeal could make the difference between your relative receiving full CHC Funding for their care and paying nothing, or having to use private savings or selling assets (such as their home) to pay for their own care.

You don’t have to fight this battle alone. Remember, if you need professional help then don’t delay, otherwise you may lose the opportunity to get timely help.

When faced with delays, you must complain to your local CCG.

Do not delay or wait! You must get on with this and drive the case forward, but do so in a polite and professional manner.  Being overly assertive will not usually assist your cause, however frustrated you may be.

Too many families sit back and accept the CCG’s delays as inevitable. It is unacceptable for them to do nothing for months on end and fob you off with a holding reply. Be persistent! Keep chasing and press for action.

Read our helpful blog on some ‘do’s’ and ‘don’ts’ when complaining.

Frustrated with CCG delays? Here’s how to complain

Don’t Give Up When Faced With Ongoing Delays

Want to join the discussion?
Feel free to contribute!

When you subscribe you’ll also receive a link to our free e-guide, “The 7 Costliest Mistakes Most Families Unwittingly Make With Care Fees – and 5 tips to avoid them”.

How To Get The NHS To Pay For Care

Many people find this book a cost-effective starting point, It takes you step-by-step through the whole NHS Continuing Healthcare process, right from the start, including how to approach the NHS, what should (and shouldn’t) happen, the pitfalls to avoid, what to do and say before, during and after an assessment, what’s right and what’s not, how to challenge decisions, how to pull apart the NHS’s assessment notes, etc.

It gives you a firm understanding of the process and lots of useful and practical information.